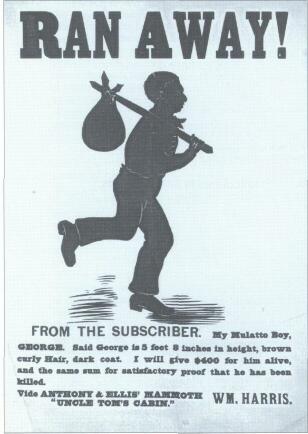 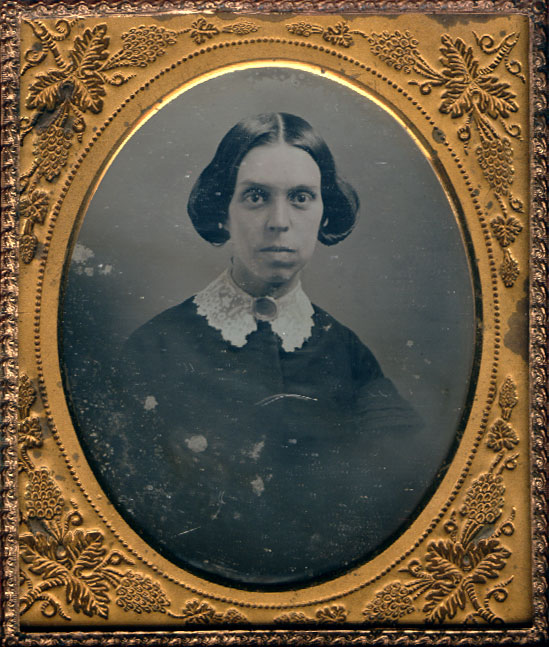 1850 portrait of a mulatto woman 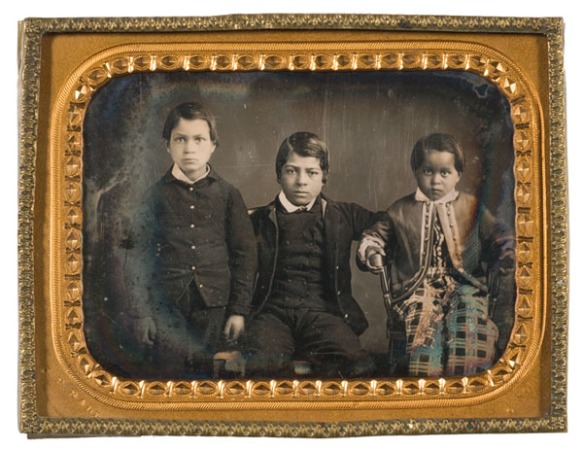 A fine daguerreotype portrait of a young, well-dressed mulatto woman, with the letters W and MB etched on plate’s verse

Cased Ninth Plate Daguerreotype of a Mulatto, fine half-length portrait of a 20-something young, mixed race gentleman, Negroid and Caucasian, in typical merchant sailors outfit of the period.

The Daguerreotype was the first successful photographic process, the discovery being announced on 7 January 1839. The process consisted of

I absolutely love these!  I fully intend to collect them one day when I can afford it.  There seems to me to be so much more to a daguerreotype than a photograph.  They seem haunted to me.  Like the image and the moment was so thoroughly captured that I’m really looking at something/someone frozen in time.  Haunted.

On another note, I get some sort of satisfaction from looking at these and reading the descriptions.  Proof that “we” exist and were once recognized.

*or brothers….(re: white children & their mulatto servants above)*

When I was little I wanted Crystal Gayle’s hair.  I found it fascinating, maybe miraculous.  No disrespect to Ms. Gayle, but doesn’t appeal to me much these days.  I do find these vintage photographs interesting tho.

Do you imagine that this was some kind of club?