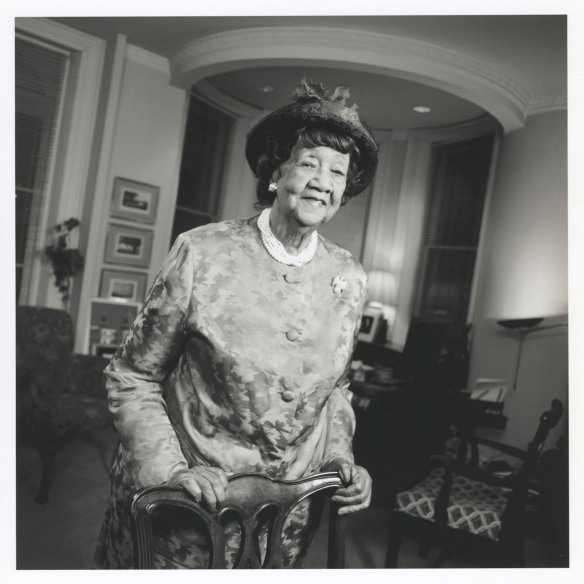 Here’s an excerpt of a 2008 NPR interview with Dr. Height.  You can read the transcript in its entirety HERE.

MARTIN:  Dr. Dorothy Height began a lifetime of activism during the Great Depression, a time when the simple right to vote free of the fear of violence seemed like an impossible dream for many African-Americans. And at the of 96, she is still going to the office just about every day trying to further the cause of equal rights for all Americans. She’s serving as chair and president emerita of the National Council of Negro Women. She was kind enough to receive us at her office on historic Pennsylvania Avenue yesterday. We’re talking about President-elect Barack Obama’s historic win.

MARTIN: I wanted to ask you about that because you have been working in this field since you were a very young woman. I mean, really, your entire adult life. Since your early 20s you’ve been an activist. Did you believe this day would come in your lifetime?

…Dr. HEIGHT: Well, you know, I guess I got to – my faith was renewed working for 33 years with the YWCA of the United States. And I went there as a secretary or a staffer or something related to interracial education. After 33 years, I retired as a director of the Center for Racial Justice, and I split this organization, that from 1946 really set out to open its services to all women, regardless of race or with full regard for race, and so I saw the way an organization that was founded by white, Protestant women that now is very inclusive, and I was a part of that development.

When the YWCA in 1946 adopted an interracial charter, that was ahead of the Supreme Court’s decision on Brown versus the Board of Education, so that in a sense I had already the experience. And I listened to people when they kept saying – well, some people, particularly white people, will say this but they won’t go in. I also know that I worked with many white women who took a strong stand but they didn’t discuss it at home because their husbands didn’t agree with them, but they worked hard to see that the YWCA was integrated, as they called it. And today, the YWCA has Empower Women and Eliminate Racism as its slogan. And I think that made me know that there are many people who know that this is right to do and that they were willing to do it, but they didn’t necessarily announce it.

MARTIN: I remember that, reading in your memoir how your organization, the YWCA, was one of the first – and some precursor organizations were among the first to have integrated meetings, and how dangerous it was for some of these women to participate.

Dr. HEIGHT: At that time there were – when we had meetings, sometimes we were talking about the klan. Sometimes we found that we were denied services that we had been promised when they realized fully what it meant that we would be women of different races. But you know, I found that were strong women in all racial groups, and I think that’s what Barack Obama has shown us. There are people in every group who know what is right and who want to move, and they just need some kind of direction and some kind of feeling that other people are with them. I remember Dr. Mayo(ph) saying, I hear people say the time isn’t right. And he said, but if it isn’t right then it’s your job to ripen the time, and that’s the way I feel about it. 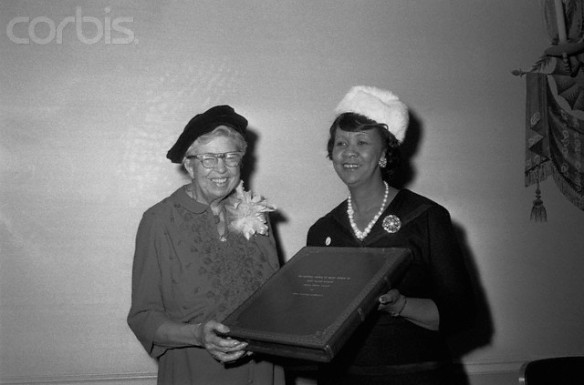 …MARTIN: What role do you think civil rights organizations have now?

Dr. HEIGHT: Well, there’s still a lot of unfinished business. Right now you have going across the country a whole effort to destroy affirmative action. In other words, we’re finding that people are using civil rights in a negative way, and they’re calling it, this is a civil right. In a sense, these bills that are being introduced are really anti-civil rights, and they just use the term civil right in order to fool people and make them vote.

MARTIN: Are you speaking about Ward Connerly and some of his efforts to reverse affirmative action…

Dr. HEIGHT: Yes, Connerly has gone into several states, and he has does this in a misleading way, and I think people ought to be alert to it and realize that if you vote for what he is talking about, you’re cutting back something that got started during the days of Lyndon Johnson and was a part of the whole civil rights effort. It is not a preference. It is a way of saying, those who have been denied should be given an opportunity to be sought in (ph) so they can move ahead.

MARTIN: There are those who would argue, though, that – to be blunt about it – that Barack Obama takes these so-called excuses off the table. People look at that, and they say, look at Barack Obama in the White House. And they say, what discrimination? What could they possibly – what barriers?

Dr. HEIGHT: Yes. I think they will, but I would hope that they would also say to themselves, we need to look at who has the opportunities. We need to look at – Obama himself pointed that to us, that you can’t have a flourishing Wall Street and a destroyed Main Street. He could have also said, I’m working for the middle class, but we still have poverty. And we cannot divide up like that. We cannot say who’s hurting the most. We have to make sure they be dealing with everyone.

I have been working since my teenage days when I did an oration and won my college scholarship on the Constitution of the United States. I chose the 13th, 14th and 15th Amendments. And I looked and realized, here, now, at this age, I’m still working to make the 14th amendment and its promise of equal justice under law, making it real for everybody. That’s what you have to do.

Dr. HEIGHT: I suppose it’s not a real fear. It’s a hope that we will not take it for granted, that now we have achieved and all of our problems are answered. I think we will (unintelligible), as he did, as he said, I will be president of all the people. And by that he meant that he will work for all of us and that we all have to realize that there is unfinished business in civil rights.

It will – we don’t need the marches that we had in the past. But we need more consideration in looking at the boardroom tables and at the policies that are going on, looking at what’s happening in industry, what’s happening in terms of employment opportunities, housing and the like. So that I think it opens up a new way for us to look at our community.

And one thing, I go down now to Deep South and Mississippi and places, where during the ’60s, we moved with fear. I go down now and people are so welcoming that I forget what part of the country I’m in. And I think the people who are saying, we have no problem, have the biggest problem, that they really need to see how we can all work together and recognize that we need each other and see how we can really make this a society in which a person is judged, as Dr. Hayes(ph) said, on the basis of their character and what they do rather than on color of their skin or the language which they speak or their sexual preference, or any of those things.

MARTIN: Since you were a young woman yourself, you’ve been famous when you work with young people. Do you have any wisdom to share, perhaps, to a young Dorothy Height who might be listening to us?

Dr. HEIGHT: I like to say to young people today, you are the beneficiaries of what a lot of people worked and gave their lives for. And you are enjoying things – no matter how bad it may seen, you are still better off than any of those who worked to bring us to this point. And the important thing now is not to go it alone on your own, by yourself, but see how you will join with others. Get organized in how you will serve others and how you will help to move this forward.

And I was so excited to hear President-elect Obama, like they call him now, to hear him say that he needed our help. And I think he does. And we need it not by thinking just of what we want, but how can we help achieve the kind of roles that he has said. Because when you do that and we’re for something bigger than yourself, there’s no way you can help but grow, and that will help to prepare you for the future.