Is this for real guys?  I’m not judging it as good or bad, I’m just asking because the whole time I was reading this I was waiting for “just kidding.”  It is a funny article.  I think.  One could argue that it would be equally as “off” to have a “monoracial” black man play Obama. In fact, it sounds like something that I would argue.  But NAAMP!? I don’t think that exists.  I googled.  It doesn’t.  I just don’t know how I feel about this…

(BROOKLYN) Fresh off an Oscar nomination for his comedic turn as a white man wearing black face in Tropic Thunder, Robert Downey Jr. will again cross racial barriers when he portrays Barack Obama in a star-studded movie.

“Playing the president is a challenge, but I know I can pull it off, especially if I can master that cool stride he has–you know, that ‘swagga,’ as CNN might say,” said Downey, who in his next film, Sherlock Holmes, actually plays a white man who doesn’t wear brown makeup.

The Obama biopic is an adaptation of the president’s 1995 bestseller, Dreams of My Father. Ron Howard is directing and Gabrielle Union has signed to star as Michelle Obama…

…Howard was torn casting Downey. Since Obama has a mixed heritage–his father was a black Kenyan and his mother was a white American–Howard knew he was going to upset someone no matter who he chose.

“When I announced that Sam Jackson was going to play Obama, the National Association for the Advancement of Mulattos really tore me a new one,” Howard said. “After he dropped out, I looked hard for someone of mixed race, but let’s face it: Shemar Moore can’t act.”

Hollywood has a history of being unconcerned with skin color when casting African American roles–witness the brown-skinned Diana Ross and Cicely Tyson playing the light-skinned Billie Holiday and Coretta Scott King, respectively. And Angelina Jolie, who is white, played a woman of mixed race, Mariane Pearl, in A Mighty Heart.

Downey’s complexion, however, isn’t that far from Obama’s. 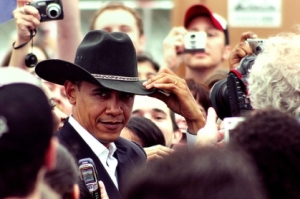 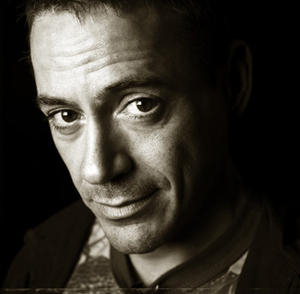 It’s totally a joke! Filed under ‘comedy news.’  Kinda thought provoking though. And I can sorta see it…