In spite of having a mixed-race president — or, perhaps, because of it — the issue of race is very much alive in modern America.

In 2000, for the first time the U.S. Census offered people the option of identifying themselves by more than one race. About 6.8 million recorded themselves as being multi-racial; more than half of those who consider themselves multi-racial are younger than 20 years old, which seems to indicate a growing acceptance of interracial relationship and a rise in the number of biracial and multiracial kids.

And yet, when it comes to raising these children, some parents are still facing questions and, at times, criticism.

At Babble, Elizabeth G. Hines shares a friend’s reaction to her donor-assisted pregnancy: Why, the friend wondered, would you choose to create a mixed race child? Why wouldn’t you just stick with one race or the other?

“… she asked me what my ideal donor would look like. I answered honestly that I had no pre-set “ideal” in mind, but assumed that my partner and I would pick a donor that reflected the racial background of the one of us who was not biologically related to the child. At the time, I was in an interracial relationship — which meant, she quickly deduced, that I was talking about conceiving a bi-racial child. That, and that alone, was enough to make my fair-minded, thoughtful friend shed her liberal cool and call into question my credibility as a potential parent. Not my identity as a gay woman, mind you, which might have been an easy target. This was about race, and the perceived disadvantage I would be burdening a child with by choosing to create him or her from two different racial gene pools.”

So, when it comes to defining my race on a form, I check ‘other’ and, if that’s not an option, I don’t check anything at all. Maybe it’s a matter of privilege, but I’ve never been adversely affected by being multi-racial. 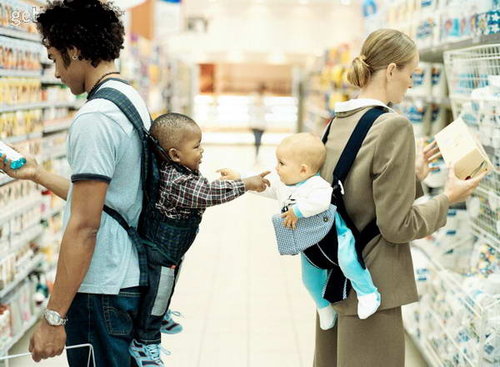 8 thoughts on “burden of mixed-race?”