I’ve actually been planning to blog this for a while, but I got lazy and tucked it into a folder on my computer.  Last week’s episode of Mad Men has inspired me to get it together though.  If you saw the episode, you probably know what this is all about.  The blackface.  The throwback to the “good old days” when it was just hilarious (and not at all inappropriate) to mock the darkies.  I’m not exactly sure how I feel about the scene from the show.  It was kind of long and awkward, but perhaps that was the point.  Anyway, it’s not like the writers of the show just pulled that out of thin air.  I bet they didn’t have the song written for the show. As with racist advertising (and as malevolent as), there is a plethora of  good ole “racist” music out there.  Wanna see some? 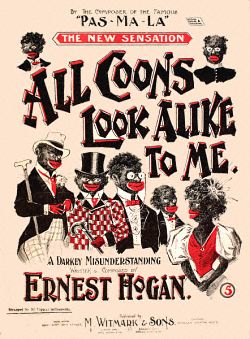 Ernest Hogan was a black man. Here are his lyrics:

“All coons look alike to me, I’ve got another beau you see, and he’s just as good to me as you, nig!”

Here’s some back story on Hogan and the song from Wikipedia:
In 1895, black entertainer Ernest Hogan published two of the earliest sheet music rags, one of which (“All Coons Look Alike to Me”) eventually sold a million copies. As fellow Black musician Tom Fletcher said, Hogan was the “first to put on paper the kind of rhythm that was being played by non-reading musicians.” While the song’s success helped introduce the country to ragtime rhythms, its use of racial slurs created a number of derogatory imitation tunes, known as “coon songs” because of their use of extremely racist and stereotypical images of blacks. In Hogan’s later years he admitted shame and a sense of “race betrayal” for the song while also expressing pride in helping bring ragtime to a larger audience. 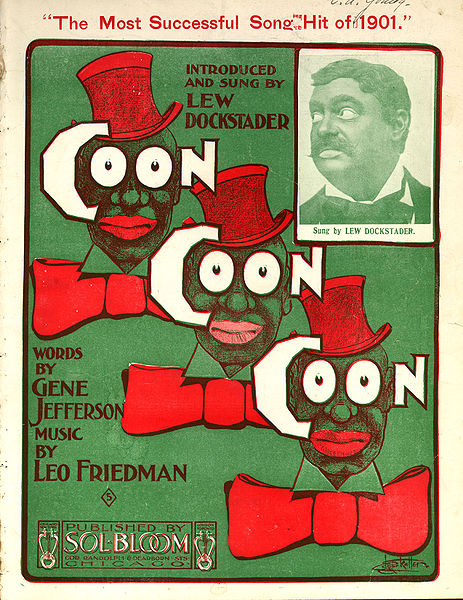 No lyrics for these two, I believe: 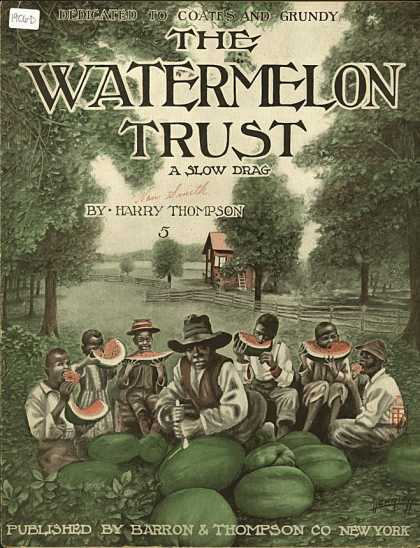 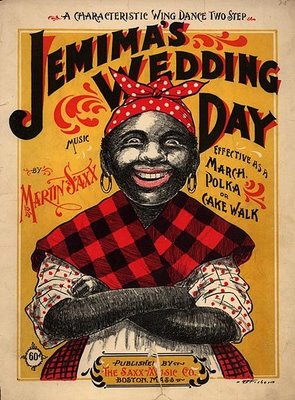 Here’s one that I thought was kind of sweet, yet sad: 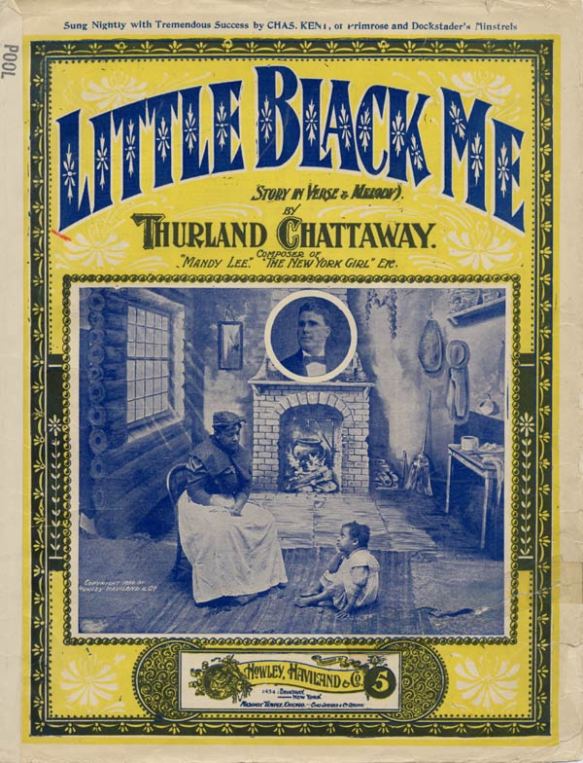 “Mama, are there any angels black like me?  I’ve been as good as any little girl could be.  If I hide my face do you think they would see?  I wonder if they’ll find a place for Little black me.”