Here’s more of the article I excerpted from last Sunday…

Let’s say you’re having a conversation with someone. You’re one with the whole situation. You’re open and receptive and there and interested. Then there is a little shenpa pulling-away, a kind of uneasy feeling in the stomach—which we usually don’t notice—and then comes our big thought. We are suddenly verbalizing to ourselves, “How am I looking here? Did I just say something stupid? Am I too fat? That was a stupid thing to say, wasn’t it, and I am too fat….”

Some thought or other causes us to split off, and before we know it we’re completely self-absorbed. We’re probably not even hearing the words of the person we’re conversing with, because we have retreated into a bubble of self-absorption. That’s splitting off. That’s dividing in two.

The Buddha taught about this basic split as the birth of dualism, the birth of self versus other, of me versus you. It happens moment after moment. When we start out, we are “one-with.” We have a sense of our interconnectedness, though we might not use that fancy word. We’re simply listening and there. And then, split! We pull back into our own worry or concern or even our own elation. Somehow we’re no longer together. Now it’s more about me and self, rather than them and other. By contrast, being “one-with” is neither about other nor about self. It’s just totally open, present, there.

If the path of the peacemaker, of happiness, is being open and receptive and one with your experience, then settling the score is the path of making war, whereby aggression gives birth to aggression and violence gives birth to violence. Nothing is settled. Nothing is made even. But the mind of settling the score does not take that into consideration. When you are caught by that mind, because of the highly charged and ever-expanding emotionality you’re going through, you do not see what settling the score is really doing. You probably don’t even see yourself trying to settle the score.

If we started to think about and talk about and make an in-depth exploration of the various wars around the world, we would probably get very churned up. Thinking about wars can indeed get us really worked up. If we did that, we would have plenty of emotional reactivity to work with, because despite all the teachings we may have heard and all the practice we may have done, our knee-jerk reaction is to get highly activated. Before long, we start focusing on those people who caused the whole thing. We get ourselves going and then at some irrational level, we start wanting to settle the score, to get the bad guy and make him pay. But what if we could think of all of those wars and do something that would really cause peace to be the result? Where communication from the heart would be the result? Where the outcome would be more together rather than more split apart?

In a way, that would really be settling the score. That would really be getting even. But settling the score doesn’t usually mean that. It means I want my side to win and the other side to lose. They deserve to lose because of what they’ve done. The side that I want to lose can be an individual in my life or a government. It can be a type or group of people. It can be anything or anyone I point the finger at. I get quite enraged thinking about how they’re responsible for everything, so of course I want to settle the score. It’s only natural.

We bite the hook and escalate the emotional reactivity. We speak out and we act out. The terrorists blow up the bus and then the army comes in to settle the score. It might be better to pause and reflect on how the terrorists got to the place where they were so full of hatred that they wanted to blow up a bus of innocent people. Is the score really settled? Or is the very thing that caused the bus to be blown up in the first place now escalating? Look at this cycle in your own life and in your own experience. See if it is happening: Are you trying to settle the score? 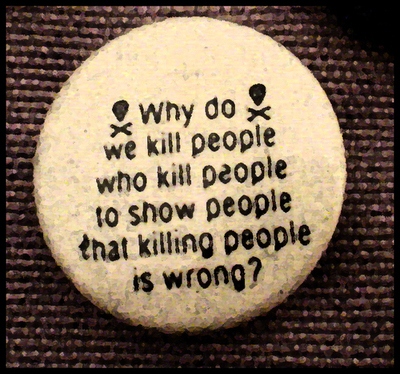 The following is excerpted from:

A discussion led by Elizabeth Namgyel

…Dzigar Kongtrül: Self-importance is having too much attachment to one’s own well-being and freedom from suffering, without having the same kind of care and concern for others’ well-being and freedom from suffering. When we have a great deal of self-importance, we will never be able to enjoy whatever we possess that we have gathered through our hard work, wit, and cunning. It will always bring a sense of dissatisfaction. We will never feel quite ready to enjoy it, because we carry the burden of being attached to it. However, if we apply to others the same sense of loving and caring that we have in cherishing ourselves, we reduce the self-importance.
When self-importance is reduced, a door opens to your positive qualities. As you continue to reduce the self-importance, the positive qualities take deeper root in your mindstream and your heart. At that point, you have real discipline and you begin to sustain yourself with your innate positive qualities, rather than the drive to become important. The ability to love, to care, to be concerned, to be compassionate—these were all there from the beginning. Previously, they were guided by self-centeredness; now they are guided by the needs of others.

This innate love is a powerful force that is now being led by a completely noble, incredibly dignified leader. Before, this powerful force, an army with the richness of a whole kingdom behind it and the loyalty of the subjects, was being led by a crooked king, and that crookedness created a state of confusion that spread everywhere. When that crooked leader is replaced by a noble leader, with a genuine sense of dignity, everyone in the kingdom can reap the benefit of the positive qualities that are the basic nature of the kingdom in the first place. 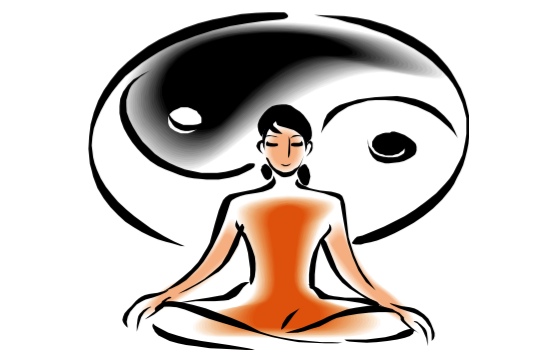 Pema Chödrön: Is the leader self-reflection?

Pema Chödrön: It is interesting to consider the nature of the self-centeredness that seems to be prevalent in the West. I don’t think the term “self-cherishing,” for example, is all that helpful here, because the ego twist in the West isn’t that we love ourselves too much. Rather, we tend to have a negative preoccupation with ourselves. We might go shopping, not so much to feather our own nest, but to try to overcome some very bad feeling we have toward ourselves. Rather than cherishing ourselves, we hate ourselves. So, loving- kindness toward oneself needs to be developed as the basis before you can spread it to other people.

Dzigar Kongtrül: The loving-kindness is directed to your mind, not to the self. When you redirect the love and compassion from the self-centered approach, which has never produced good results anyway, to the altruistic approach, you find you have positive feelings in great abundance. Even though these are extended outwardly to others, they don’t leave your mind and end up somewhere else. They fill your mind and sustain it.

Dzigar Kongtrül: The use of language in this case is interesting. When we say self-degradation, it sounds like we don’t have much self-importance. But in reality if one were not holding tightly to the self, there would be no reason to feel such aversion to it.

Pema Chödrön: Yes, I see self-degradation as one of the main ways that self-importance manifests in the West. You are still “full of yourself,” but you are full of yourself as a negative thing. 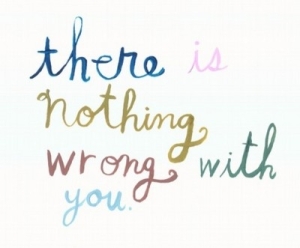