Drake, I totally loved that isht the other night.  While I appreciated the black bar mitzvah skit immensely (it prompted this post after all), the Katt Williams! Oh my Jesus…. the Katt Williams.  Great night for SNL! 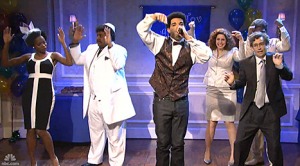 Saturday, Jan. 18 was a big night for Saturday Night Live. Not only did rapper Drake host and serve as a musical guest, but it was also new cast member Sasheer Zamata‘s first time on the show….The former Canadian actor-turned-rapper talked about having a Jewish mother and a black father in the skit where SNL cast member Vanessa Bayer (who is known for her recurring role as Bar Mitzvah Boy) played his mother and Jay Pharaoh played his father. Read more 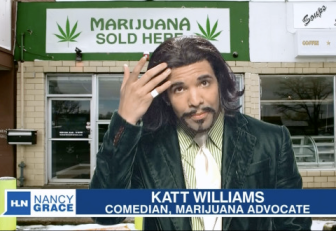 Ok. That hilariousness has been noted.  Now let’s take a look back in Black SNL history. We all know there’s not much of it, so this shouldn’t take too long. I like what Bond and Morris did.  I don’t like the fact that colorism is alive and well.

With all of the talk surrounding “Saturday Night Live’s” new African American female cast member and writers, Julian Bond has come forward with a column in The Hollywood Reporter lamenting a skit he did during his hosting turn 37 years ago.

The civil rights leader was chairman of the NAACP board of directors from February 1998 to February 2010 and now is chairman emeritus.

Below is his column in its entirety, followed by a clip from the “SNL” sketch.

I hosted NBC’S Saturday Night Live back in April 1977, during its second season. I used to say that I was an SNL host when it was a comedy show, and people would laugh. More recently, I had taken to saying that I hosted SNL when it had black people on it. So as a former host, I was happy to read the news that an African-American woman (Sasheer Zamata) and two black female writers (LaKendra Tookes and Leslie Jones) were hired for the show because people of color, especially women, have been conspicuous by their absence.

I’m a professor emeritus at the University of Virginia, so I’m delighted that Zamata is a UVA grad. But I’m also a civil rights activist, so I’m appalled that the circumstances of their hiring would lessen — in some viewers’ minds — the talent and skills they bring to the program.

There are sure to be those who think that their race, not their talent, won them their jobs. The women were hired after an explosion of outrage at SNL’s shameful record of minority employment. Before Zamata was hired, in the 39 years since SNL began in 1975, the show had 137 cast members. Only 14 of those were African-Americans, and only four of those were women. The tally for Latinos is even more negligible — only three in the show’s history, all of them men.

Looking back at the episode I hosted, I felt discomfort with a skit we did. Appearing as myself on a mock television interview show about black issues, I told Garrett Morris, one of SNL’s original “Not Ready for Prime Time Players,” that light-skinned blacks are smarter than dark-skinned blacks. Morris, who is darker skinned than I am, did a perfect double take. I felt squeamish then but did the skit anyway, and I feel uneasy about this joke even today. I believed it treaded dangerously on the fine line between comedy and poor taste.

But that always has been SNL’s fine point, the line delineating comedy — and especially satire — from tastelessness. I always have believed that a skillful comedian — or comedienne — can make a joke out of anything. No subject is immune. Comedy is crucial in our lives, especially political satire. The ability to make fun of life’s vagaries helps us deal with them. That may be why there are so many black and Jewish comedians and why their presence on the air is so important.

SNL used to be on the cutting edge. Let’s hope Ms. Zamata helps restore some of its sharpness. 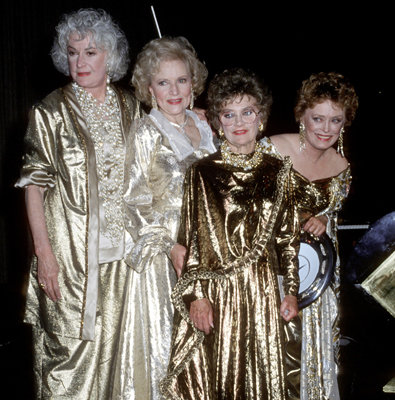 Tonight’s the night!!  Ms. Betty White is hosting SNL and I am so freaking excited!  I joined the facebook group ages ago, so of course I feel personally responsible for this magical night of entertainment.  Actually, long before it was cool to love Betty White, I loved Betty White.  It all started with Rose.  I have such a soft spot for Rose, although I’m pretty sure that the novelty of her naivete would quickly wear off if we ever met face to face.  I think what drew me in was the fact that Betty White reminded me of my Grandma, who didn’t take too kindly to that at first.  I think I probably said that Rose reminded me of her, which my grandmother took to mean that I thought she was kinda dumb.  She isn’t.  And it wasn’t Rose, it was Betty.  So pretty and so funny.  I was too young to know anything about Password, or The Mary Tyler Moore Show, or anything Betty that pre-dated Rose.  All I’m trying to say is that since I was nine years old, I have been a fan of Betty White.  She loves dogs!  She loves games!  She’s really good at the games!  She’s hilarious, and though she plays cute and innocent very well, she has a totally raunchy sense of humor.  About ten years ago I discovered Match Game reruns.  That’s when I was struck by the comedic genius of Betty White.  I could barely believe that that woman would one day morph into my beloved Rose.  Then there’s the animal loving.  It is still one of my greatest desires to not only meet Betty White, but to introduce her to my dog.  I always thought that would be Indy and that she would just melt when she saw him, but that ship has sailed.  Now I think she’d get a kick out of Oscar because he is super-cute and super-funny.  I’m still hanging on to that dream.  I should probably head over to Rockefeller Center with the dog and spend today waiting for Betty White.  I’m not going to though. 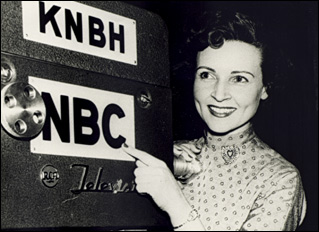 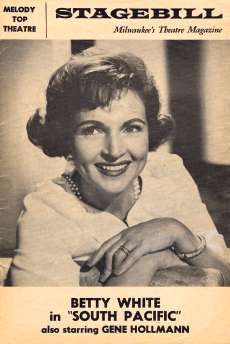 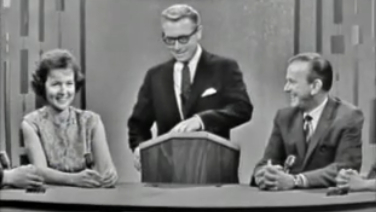 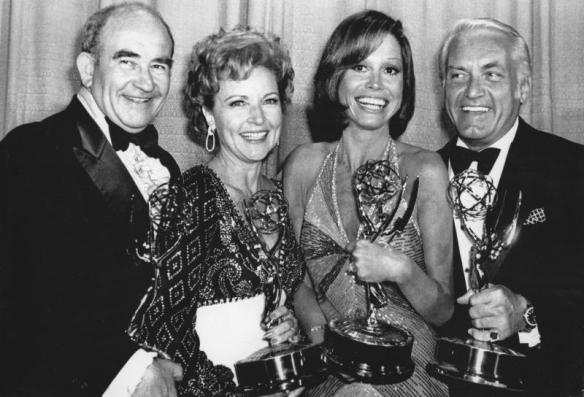 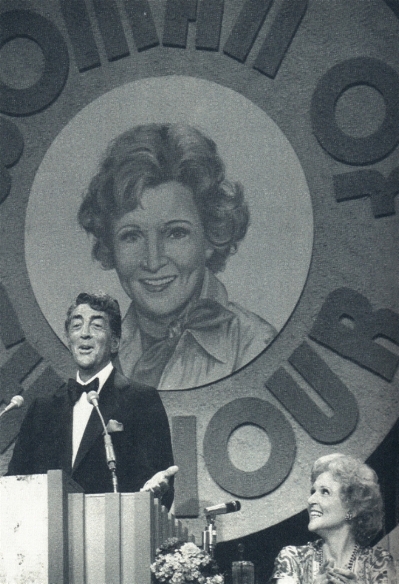 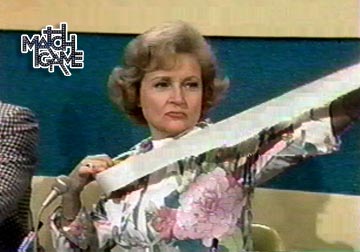 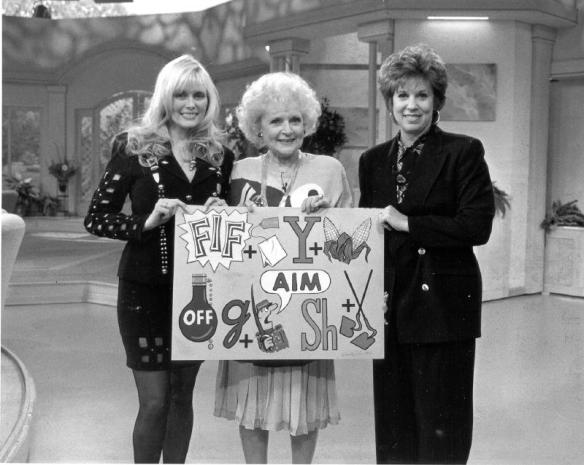 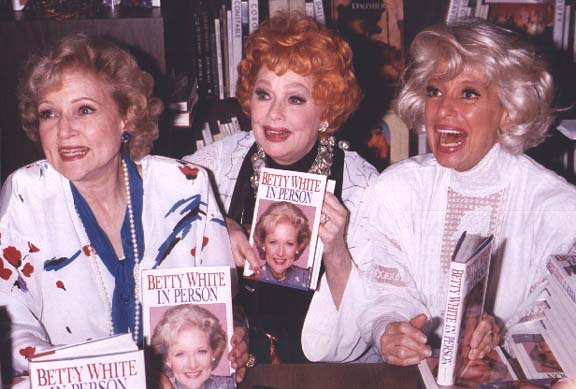 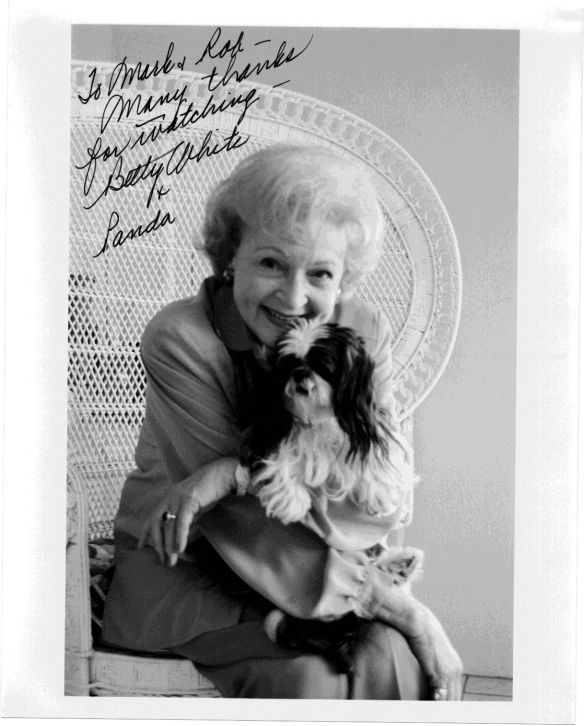 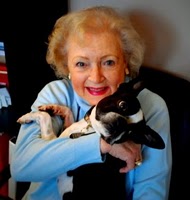 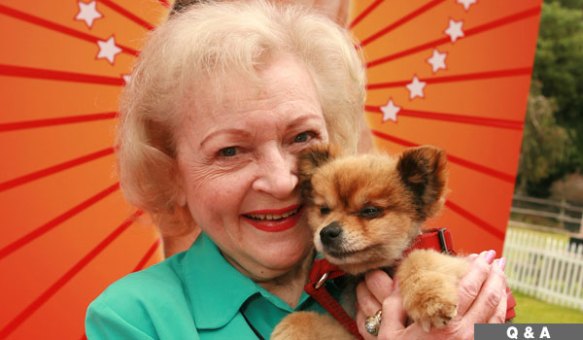 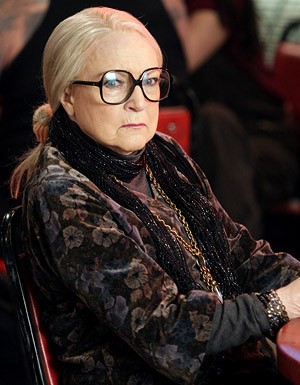 Mrs. Weezmer aka “Witch Lady” on My Name is Earl 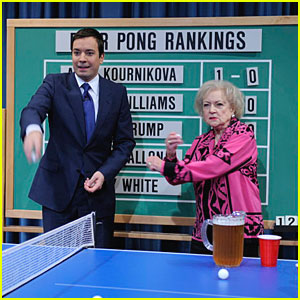 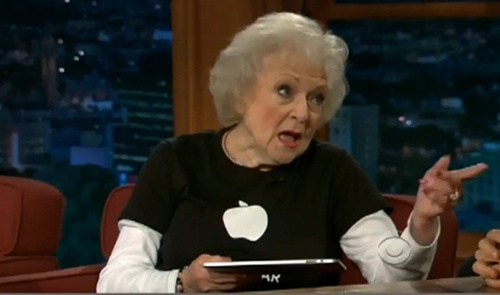 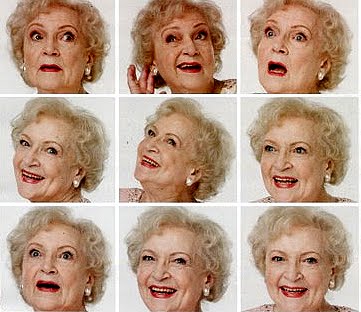