Yet another disheartening story of hatred in the form of racism.  Maybe instead of naivety it’s because of who and what I am that I find it shocking that so-called “racial purity” is an obsession for some.  A crusade.  A cause to kill and die for.

Meredith Harris is white.  Her husband is black.  She has white friends and black friends.  She says the color of their skin has never really mattered to her, but she says it does to some… Harris, 22, has what some may call an unbelievable story about racism. But it is true,  and it happened in Charleston, WV. The story ended with a man named Darrell Fierce pleading guilty to violating Harris’ civil rights.  Fierce was never sentenced because he died after shooting himself on the day of  his sentencing hearing.

It began in late June 2007 when Harris found a house to rent. Next door was Fierce and his partner, both older white men.  After signing a lease with Fierce’s partner, it was move in day for Meredith. Her white friends were there to help.

“That was actually the first day I met Darrell. I was carryin’ stuff in and out of the house.  He came up and walked over in the yard and introduced himself. He actually gave me a bottle of champagne with like a red ribbon and everything. (He) told me ‘welcome to the neighborhood’ (and) if there was anything I need to let him know…  He was just really friendly to me the first day….he was very friendly. Ben had always been friendly. Darrel was friendly. So, I thought everything was going to be fine.”

But everything wasn’t fine.  Two days after moving in Meredtih Harris brought a young mixed-race girl to the house along with who is now her father-in-law, a black man.

“My goddaughter…she’s mixed.  And she was over there and as soon as they saw her the next chance they got they confronted me in the front yard.  (They) called my goddaughter some very inappropriate things.  (They) said that they weren’t having a day care for ‘mixed monkeys.’  (They) said they didn’t like my kind and that I was going to have to leave. (They) pretty much called me white trash. At that point, that was when they tried to evict me. ”

Harris says that after a wonderful initial reception things had changed suddenly.

“When they first said it I didn’t believe them. I was like ‘are you serious?’  But once it like clicked to me that they were being serious -that they were really that racist and this wasn’t like a joke- that’s when I called my dad. He came over and he confronted them. Once he got there they pretty much said the same thing to him. ‘We know why you don’t want her. She’s white trash. We know you’re probably ashamed of her. I’d be ashamed of her too.’  (They) just said things like that that were really inapproriate.  At this point i didn’t want to live there anymore.”

Having been given an eviction notice by the men for what they called “incapability” Meredith began looking for a new place to live. Then came the night of July 15th, 2007. As she often did, Meredith went to bed late. Her wake up call on July 16th was scary.

“It was about five o’clock in the morning when I woke up and my dog woke me up. By the time she did, the smoke was so thick in my room I could hardly see,” Harris said. “I usually sleep with my door closed, but it was actually open that night. As soon as I woke up I knew it was him (Fierce) that did it.”

“He made like a little brush pile with trash and flammable stuff,” she remembered. “They started the fire right outside my bedroom and at the front and backdoor, I guess, to try and trap me in there.”

Harris would later find her and her boyfriend’s cars had slashed tires and sugar-filled gasoline tanks.

That was her last night in the house, but she kept her belongings there as she looked for a new place to live. She says within a week the house was empty and when she returned she says Fierce reminded her what he had said before that he was going to evict her.

“I walked inside the house and everything that I owned was gone. Everything from by shower curtain, to my toothbrush, to my hairdryer, everything was gone,” Harris said.

“After he said those things about me and my goddaughter I knew he was crazy, but I never thought my life would be in danger for staying there until I found another place,” Harris recently said in an exclusive interview with MetroNews.

Harris was waiting for Fierce to go to trial and she admits today she was surprised when he agreed to plead guilty to the charges. He did so earlier this year, although when the plea hearing began before a federal judge he made up a story about why he set the house on fire. Before the hearing was over, Harris says Fierce told the truth, but she could tell he wasn’t sorry.

“Even after the fact he felt no remorse,” Harris said. “He didn’t think there was anything wrong with what he did.”

The 69-year-old Fierce was scheduled to be sentenced in late July, but he didn’t show up for his hearing. Federal marshals soon discovered he had shot himself in the stomach in a Kanawha City motel room. Fierce was hospitalized for several days, before passing away.

“I didn’t want him to die. I would have much rather seen him go to jail to be honest,” Harris said. “I guess everybody else thought I would feel safer. I just felt bad and it made me feel worse.” 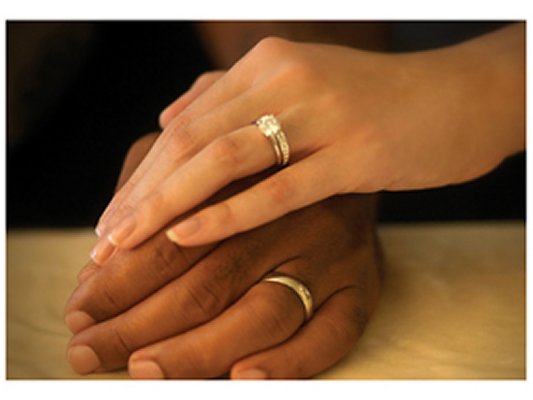