sorry for the sporadic posting.  i’ve been working out of town and it’s harder than i’d anticipated to keep up with the blog.

anywho, i figured i’d get around to acknowledging this mess….

some readers and viewers and friends have asked me how i feel about this, and all i can say is that it makes me sad.  i just do not understand the impetus to uphold the one drop rule.  i’m baffled.  it’s so illogical to me.  it clearly only applies to racially mixed with black people.  i’d go so far as to say that it only applies to racially mixed black and white people.  i am quite sure that other mixes do not have such strict identification restrictions.  if you are anything other than black + white, you are not so harshly criticized for claiming the whole of yourself (not that i believe that racial categories constitute the whole of a human self.) i totally understand allegiance to the black community.  i understand that society’s gonna view you one way if you look one way (however, i think the jury’s still out on nahla’s phenotype.)  regardless of that though, i think we’re coming to a time in the collective consciousness of humanity, where it’s most important to be what you are.  regardless of history or politics.  the best we can do is be who we are.  and once we each accept and embrace our authentic selves, it’ll be so much easier to accept and embrace our fellow man as his/her authentic self. whoever they say they are.  whatever they show us they are.  and it’s by defying these antiquated “rules” that we free ourselves and each other to… be ourselves… and each other…

but back to nahla, i’m confident that she’ll find her way, find herself. but, goodness gracious i think her parents are going to make it much more difficult than necessary with this “she’s black because there’s a one drop rule” vs. “don’t you call my child black” (see below) nonsense that we’ve read about… ay yai yai

Sources connected with the former couple tell TMZ … whenever Gabriel would read a story about Nahla that referred to her as “black,” he would go off, insisting his baby was white.  We’re told Gabriel would tell Halle and others they should demand a “retraction” when such references were made regarding his daughter. 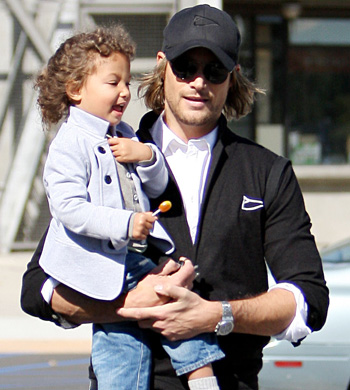 As TMZ previously reported, sources tell us Gabriel has called Halle the “N” word  — and one woman previously involved with him referred to him as a “borderline racist.”

Halle Berry on her daughter’s race and interracial romance

As her custody battle with ex Gabriel Aubry turns ugly, Halle Berry is speaking out to the March issue of Ebony magazine about their daughter Nahla and the role that race plays in her own relationships.

The Oscar winner, whose mother is white and father is black, tells Ebony that she identifies herself as a black woman but plans to let 2 1/2-year-old Nahla — whose dad is white and French Canadian — make her own decision about her race when she’s old enough.

“I’m not going to put a label on it,” she says. “I had to decide for myself, and that’s what she’s going to have to decide — how she identifies herself in the world. And I think, largely, that will be based on how the world identifies her. That’s how I identified myself.”

But, Berry adds, “I feel like she’s black. I’m black and I’m her mother, and I believe in the one-drop theory.”

Regardless, the actress acknowledges that being biracial isn’t easy.

“If you’re of multiple races, you have a different challenge, a unique challenge of embracing all of who you are but still finding a way to identify yourself, and I think that’s often hard for us to do,” she explains. “I identify as a black woman, but I’ve always had to embrace my mother and the white side of who I am, too. By choosing, I’ve often [wondered], ‘Well, would that make her feel like I’m invalidating her by choosing to identify more with the black side of myself?'”

Like Aubry, Berry’s current boyfriend, actor Olivier Martinez, is white, but she tells Ebony love has nothing to do with skin color.

“I’m very connected to my community, and I want black people to know that I haven’t abandoned them because I’ve had a child with a man outside of my race and I’m dating someone now outside of my race who is Spanish and French,” says Berry, who has romanced men from a variety of ethnic groups.

“I have never been more clear about who I am as a black woman…the people I have dated sort of hold up a mirror to me and help me realize more of who I really am,” she said. “And who I really am is a black woman who is struggling to make my race proud of me, who is struggling to move black women forward in the profession I’ve chosen, and those relationships have actually helped me identify myself more clearly. Not to say that I wasn’t able to do that when I was married to two black men, but it certainly hasn’t detracted from feeling very connected to my community, and who I really am at my core.”

Berry goes on to say that “the truth is that it’s taken me a long time to learn how to love myself, and color isn’t really a part of what I look at when I’m deciding who I want to spend time with. I look for the soul, the person, the evolution, what he believes in, who [he is as a person] and how does it affect me in a positive way.”

Divorced from athlete David Justice and singer Eric Benet, Berry has vowed to never marry again, but now says she might make an exception.

“The only reason I would is if I found somebody who proved to be on-another-level special to me,” she says. “And if for some reason I felt like it would be important for Nahla and her sense of family unit. I’ve been married twice, and [the marriages] didn’t work out. They were painful divorces, and I’m not so sure I ever want to subject myself to that kind of pain and heartbreak again. I don’t know if I can.”

When I first read this article yesterday, I came to the conclusion that it was all in good fun and why take everything so seriously…  Then I watched Oprah’s Oprah Presents Master Class on OWN last night and she spoke about her little six year old self being made to sleep on the porch because she was the unfavored dark skinned child of the house.  I wanted to cry.  Oprah did.  I felt guilty that I have light skin.  I wanted to inflict harm on the light-skinned woman who inflicted this harm on my Oprah.  (I’m back on the Oprah kool-aid, btw. Loving the Oprah Winfrey Network.  LOVING. IT.)  Anywho, after I grounded myself in the reality that Ms. Winfrey’s just fine now, I thought about this article, this game, and I changed my mind back to “I don’t like it.”  I think.  I’m not sure.  It’s still a major issue.  Maybe making fun of it is the way to take the charge out of it.  Maybe not.

SOMEWHERE IN THE GULF OF MEXICO ON MONDAY AFTERNOON-

Yes, you read that headline right: Light skin vs. dark skin dodge ball. Of course it helps that the spirits were flowing for hours before the color-charged dodgeball tourney commenced on the top deck of the cruise ship.

Beneath the clear blue skies and in between tremendous gusts of wind, Kid N’ Play were the live sports commentators, selected because they’re fun and also because they represent both sides of the skin spectrum. Both took turns at the mic to recruit, commentate and poke fun at those who dared take to the greens during the second day of the Tom Joyner Morning Show’s Fantastic Voyage.

Many onlookers went out of curiosity. Some went as a form of anger management
therapy. In the end though, it was good colorful fun. Team Light Skin recruited
a few White people and a Portuguese lady. Team Dark Skin wound up with lots of
brown skins and one light skin who said she wanted to be affiliated with her
darker brothers.

Kid, who rooted for team light skin but told EBONY he still loves a dark sista,
took to the mic between games and started singing odes to Pebbles and
Christopher Williams – classic singers who some felt best represented Team
Light. Play, on the other hand, yelled “Nino Brown wins!” when Team Dark threw a
final ball that clinched the tourney.

Off on the sidelines, the spectators got rowdy. Each side began chanting. Then
the guys started taking off their shirts. As for the women? They sat down to
watch the light and dark men go at it with each other. Things got rough as one
ball hit a light guy, richocheted, flew over the edge of the ship and floated
away.  Then a dark guy hurt his ankle. Comedian Damon Williams entered the fray,
ready to add some points to Team Dark’s score. 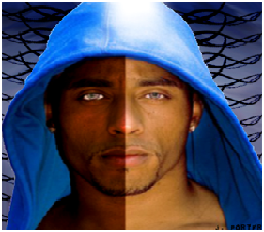 To be sure, many onlookers shook their heads, not sure what to make of such a
tourney. The Black community has a long history with light-dark issues, most of
which stem from post slavery trauma. The commentators didn’t get into all that,
instead leading the group to poke fun at what is often a deadly serious topic.

Who won? Who knows. It all ended with fun and jokes and hugs. 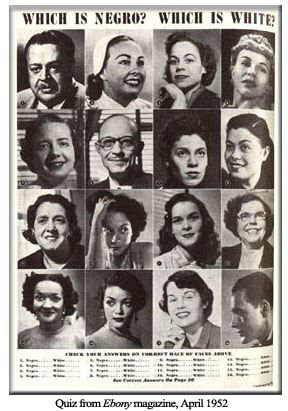