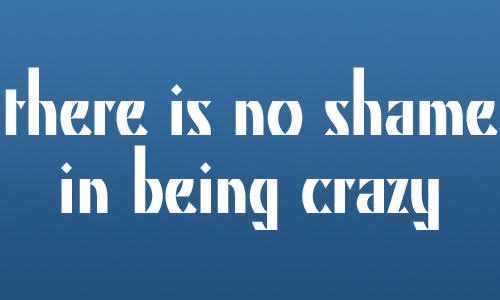 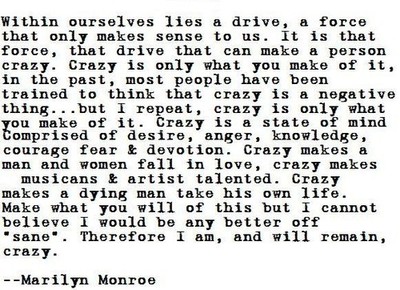 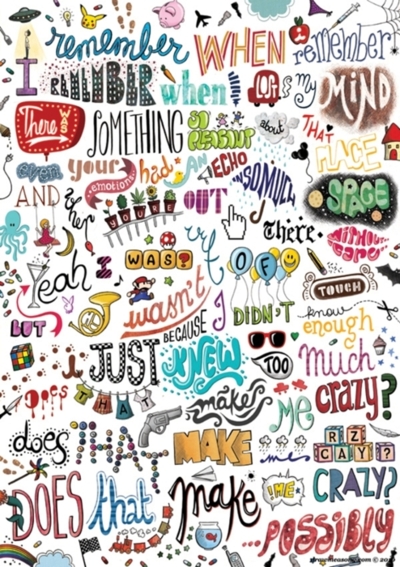 “What does it mean to be crazy? To have a disorder of the mind. But “disorder” can only exist if there is some kind of pre determined “order” set in place. And who decides on order relative to the human mind? Human society. Sane and insane is a judgment based on perspective. And according to many other perspectives within this universe, it is human society that is rampant with disorder. So there is no reason to think of yourself as insane; if the very mindset of the society that determines whether you are sane or insane… is in and of itself insane!”
-Teal Scott-