So, I’m sitting here completely stunned by this and unsure how to process it.  It’s not the “possibility” that the government was involved in the assassination that has me floored, but that I have never heard of this trial before.  I wasn’t sure I could believe that the trial even happened.  I came across this on April Fool’s Day after all.  But it seems to be no joke.  The King Center seems to be legit.  The NYTimes made some brief mention of the trial.  However this is not common knowledge.  At least, not to the best of my knowledge.  I can only say that I am truly befuddled.  Yep, befuddled.  The 45th anniversary of the assassination is days away: 6:01 p.m. on Thursday, April 4, 1968.

Coretta Scott King: “We have done what we can to reveal the truth, and we now urge you as members of the media, and we call upon elected officials, and other persons of influence to do what they can to share the revelation of this case to the widest possible audience.” – King Family Press Conference, Dec. 9, 1999.

From the King Center on the  family’s civil trial that found the US government guilty in Martin’s assassination:

After four weeks of testimony and over 70 witnesses in a civil trial in Memphis, Tennessee, twelve jurors reached a unanimous verdict on December 8, 1999 after about an hour of deliberations that Dr. Martin Luther King, Jr. was assassinated as a result of a conspiracy. In a press statement held the following day in Atlanta, Mrs. Coretta Scott King welcomed the verdict, saying , “There is abundant evidence of a major high level conspiracy in the assassination of my husband, Martin Luther King, Jr. And the civil court’s unanimous verdict has validated our belief. I wholeheartedly applaud the verdict of the jury and I feel that justice has been well served in their deliberations. This verdict is not only a great victory for my family, but also a great victory for America. It is a great victory for truth itself. It is important to know that this was a SWIFT verdict, delivered after about an hour of jury deliberation. The jury was clearly convinced by the extensive evidence that was presented during the trial that, in addition to Mr. Jowers, the conspiracy of the Mafia, local, state and federal government agencies, were deeply involved in the assassination of my husband. The jury also affirmed overwhelming evidence that identified someone else, not James Earl Ray, as the shooter, and that Mr. Ray was set up to take the blame. I want to make it clear that my family has no interest in retribution. Instead, our sole concern has been that the full truth of the assassination has been revealed and adjudicated in a court of law… My husband once said, “The moral arc of the universe is long, but it bends toward justice.” To-day, almost 32 years after my husband and the father of my four children was assassinated, I feel that the jury’s verdict clearly affirms this principle. With this faith, we can begin the 21st century and the new millennium with a new spirit of hope and healing.” 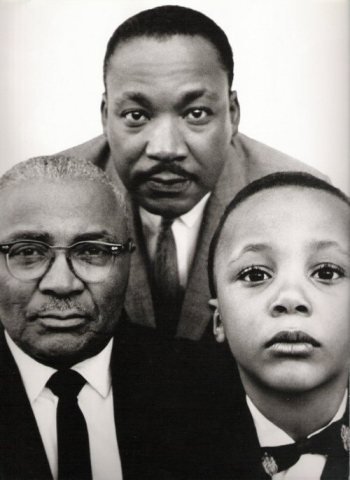 View Transcript of King Family Press Conference on the Verdict>

KING FAMILY STATEMENT ON MEDIA REQUESTS REGARDING THE MEMPHIS VERDICT

The King family stands firmly behind the civil trial verdict reached by twelve jurors in the Memphis, Tennessee courtroom on December 8, 1999.

An excerpt from remarks made by Mr. Dexter Scott King, Chairman, President, and CEO of The King Center, during the December 9, 1999 press conference regarding the verdict that may be used in support of this family decision:

“We can say that because of the evidence and information obtained in Memphis we believe that this case is over. This is a period in the chapter. We constantly hear reports, which trouble me, that this verdict creates more questions than answers. That is totally false. Anyone who sat in on almost four weeks of testimony, with over seventy witnesses, credible witnesses I might add, from several judges to other very credible witnesses, would know that the truth is here.”

“The question now is, “What will you do with that?” We as a family have done our part. We have carried this mantle for as long as we can carry it. We know what happened. It is on public record. The transcripts will be available; we will make them available on the Web at some point. Any serious researcher who wants to know what happened can find out.”

Therefore, the King family shares the conviction that there is nothing more to add to their comments on record and will respectfully decline all further requests for comment. 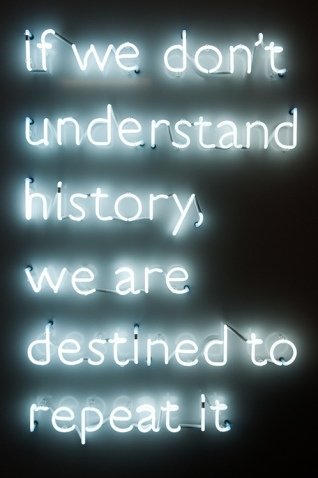 A jury in a civil suit brought by the family of the Rev. Dr. Martin Luther King Jr. decided today that a retired Memphis cafe owner was part of a conspiracy in the 1968 killing of Dr. King.

The jury’s decision means it did not believe that James Earl Ray, who was convicted of the crime, fired the shot that killed Dr. King.

After four weeks of testimony and one hour of deliberation, the jury in the wrongful-death case found that Loyd Jowers as well as ”others, including governmental agencies” had been part of a conspiracy. The jury awarded the King family the damages they had sought: $100, which the family says it will donate to charity.

The family has long questioned Mr. Ray’s conviction and hoped the suit would change the legal and historical record of the assassination.

”This is a vindication for us,” said Dexter King, the youngest son of Dr. King.

He said he hoped history books would be rewritten to reflect this version of the assassination.

Mr. Jowers, 73 and in failing health, owned Jim’s Grill in 1968, a restaurant opposite the motel where Dr. King was shot and just below the second-floor rooming house from which, according to James Earl Ray’s confession in 1969, Mr. Ray fired the single shot that killed Dr. King. Mr. Ray, who recanted his confession, hinted at a conspiracy. He died in prison last year while serving a 99-year sentence.

Mr. Jowers, in a 1993 television interview, said that he had hired a Memphis police officer to kill Dr. King from the bushes behind his restaurant. Mr. Jowers said he had been paid to do so by a Memphis grocery store owner with Mafia connections.

In an unlikely alliance, the King family was represented in the case by William Pepper, who had been Mr. Ray’s lawyer. The King family maintains that Mr. Pepper’s version of the assassination is the one that gets at the real truth behind Dr. King’s death, not the official version with Mr. Ray as the gunman.

Mr. Pepper said federal, state and Memphis governmental agencies, as well as the news media conspired in the assassination.

Mr. Jowers’s lawyer, Lewis Garrison, had said since the trial began that he agreed with 80 percent of Mr. Pepper’s conspiracy theories and disagreed only on the extent of his client’s involvement. In his closing argument today, Mr. Garrison repeated what he had said through the trial that his client participated in the conspiracy but did not know that it was a plot to kill Dr. King.

One juror, David Morphy, said after the trial, ”We all thought it was a cut and dried case with the evidence that Mr. Pepper brought to us, that there were a lot of people involved, everyone from the C.I.A., military involvement, and Jowers was involved.”

John Campbell, an assistant district attorney in Memphis, who was not part of the civil proceedings but was part of the criminal case against Mr. Ray, said, ”I’m not surprised by the verdict. This case overlooked so much contradictory evidence that never was presented, what other option did the jury have but to accept Mr. Pepper’s version?”

And Gerald Posner, whose recent book, ”Killing the Dream” made the case that Mr. Ray was the killer, said, ”It distresses me greatly that the legal system was used in such a callous and farcical manner in Memphis. If the King family wanted a rubber stamp of their own view of the facts, they got it.”