oh my jesus… yes, i had to go there.  i keep searching for an indication that this piece was written forty years ago, and only recently re-published just for… fun… or something.  i do think that there are, like, two valid, worthwhile points contained herein… but… um… oriental!?!?  that, of course, is not my main concern here, but it does point to the antiquated lens through which our dear (he does look kind of sweet and it says he volunteers a lot) mr. raiford views the world around him.  i don’t mean to come down on him.  i thank him for the unique opportunity to analyze the old “what about the children?” plea which i rarely see argued under the guise of modern day quandry.

first off, i’d wager to say that parents of mixed race children have long questioned the validity of discrete racial categories that require a child to choose.  i’d also wager to say that the white parents have probably had more questions than the black or ‘minority’ ones.  if this article was indeed written in the 21st century, i think it would be more accurate to say that (some fraction of) the rest of the country is finally beginning to question the validity of discrete racial categories.

most off… i cannot even believe that this man, who uses the term oriental multiple times, has the nerve to caution human beings who love each other and dream of starting a family to grow through life with… not to do so because race “matters” and (in his opinion) the children will be confused and unsupported outside of said family.  how about cautioning the rest of the country, those who haven’t caught up with the times, not to be so rigid in their notions of “us” in opposition to “them,” or who belongs with whom and why?  how about saying something to move us toward the idea that we are all fundamentally the same?  we are people.  who seek love and joy and connection.  and any time people are lucky enough to stumble upon those things we should encourage them to leap right in and build something beautiful from there.  which will encourage the rest of us to do the same. which will cause this society in which race matters more than who a person really is to change because the lines are blurred, have been crossed, eventually forgotten.  there you have a solution for the problem of the 6 year old that mr. raiford proposes will be confused and hurt by not belonging to any group outside of the immediate family.

and another thing… hasn’t the recent census informed us that there actually is a viable mixed-race reference group?  the only satisfaction that brings me personally is that it appears to be a necessary step toward the ultimate realization of the human-race reference group.  only one box to check.

to be fair… parts i liked… which really means agree with:

again, i do not mean to bring down a reign of fury on mr. raiford.  i’m truly grateful for the opportunity to blast these notions.  he seems like a nice guy with misguided concerns.  actually with misguided solutions to concerns that are unfortunately still mildly valid as we seem to be in an in between (united)state(s).  in between where we were and where we’re going. 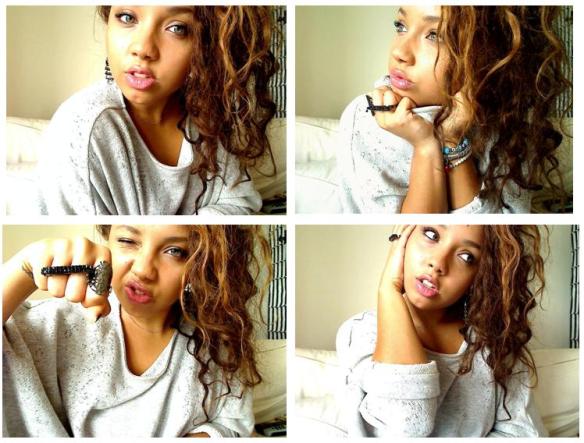 In the pursuit of accuracy and personal pride, interracial parents are beginning to question the validity of discrete racial categories that require their children to designate single-race identification.

On the surface, this is a laudable pursuit and certainly a legitimate one. After all, we do define people as black or white. So, when a black and white couple produces a child, the child, by logical extension of definition, is black and white or neither black nor white. However, this satisfies only the biological, and perhaps anthropological, approach to understanding race.

There is a more compelling reality: Race in the United States is a very discrete category. It is not based on any kind of scientific definition. It is based on a draconian sociological one and a divisive political one. People here are defined as black or white or Oriental. This takes precedence over being defined as Jewish, Jamaican, Cuban, Haitian, Russian, Chinese, French, Catholic, Protestant, etc. The United States has carefully and systematically created a society where race is a tremendously more important determinant of who we are than ethnicity, religion, national origin or personal achievements. Witness the confusion of black Cubans or black Puerto Ricans or the Eurasians.

In the United States, an African-American parent, no matter how fair-skinned, cannot procreate a “white” child. The system does not make exceptions for an African American whose child is the product of interracial coupling. Of course, the reverse is not true for Anglo-Americans. They can have any race of child they want – black, white or oriental. That is the reality of this society.

I write this not at all to chide or even inform interracial parents. They are adults who most likely know a great deal about the race issues and are intellectually and emotionally strong enough to ignore the stupidity that is generated out of personal and institutionalized racism. Their lives together attest to this fact.

But what about the children?

It is not easy growing up black in this society. It becomes considerably more difficult for one who does not know that he or she is black, but is confronted by this sociological fact everyday and in so many ways, some of them hurtful and insidious. No amount of parental love can shield a 6-year-old from the confusion and hurt of not belonging to any group outside of the immediate family. Adolescents are particularly fragile, having to live with this confusion at the very crossroads of their lives when they are struggling to overcome self-doubt and needing to feel good about themselves, needing self-validation – things that one gets from people other than the immediate family, from a reference group. Presently, there is no viable mixed-race reference group. One is forced to choose. Mental health directs one towards choosing a reference group which minimizes our degree of race-mixing and provides us with full membership.

Superimposed on race is ethnicity.  Ethnicity is a reference group. For African Americans, it provides for a very sustaining sense of identity. It is no wonder that people like Lena Horne, Cab Calloway, W.E.B. DuBois, Walter White and Adam Clayton Power, even though white-looking, affirmed their blackness. It was not race that they were affirming, it was ethnicity, the sustaining sentiment which makes being non-white in America palpable and even enjoyable.

Hopefully, the day will arrive when we are no longer a racial society, a society where race does not matter. That day has not yet come. In the meanwhile, I caution interracial parents to consider the consequences of making their child a cause célèbre in search of a miscegenation reference group. Of course, it is important that a child knows the reality of his or her family genealogy and to even embrace it. It is at least equally important that a child is prepared to negotiate life based on the social context of society. Sadly, race matters.

Gilbert L. Raiford is semi-retired after a career in teaching and working for the U.S. Department of State. He lives in Miami where he volunteers at homeless facilities, the Opera House in Miami and after-care school programs as a fund-raiser. He may be reached at graiford@hotmail.com