I’m thrilled to learn that Mississippi is mandating civil rights instruction for al K-12 students.  They’re the first and only state to do so!  Maybe this will lead to the eradication of segregated proms there.  And maybe even to honest, well- rounded history books/classes throughout the country.  Be the change, Mississippi! 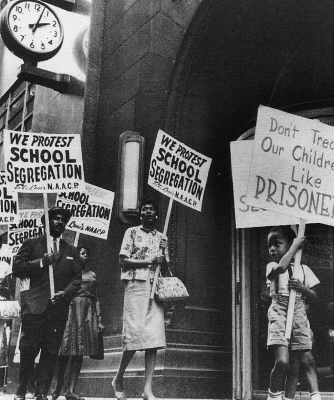 JACKSON, Miss. — In Mississippi, where mention of the Civil Rights Movement evokes images of bombings, beatings and the Ku Klux Klan, public schools are preparing to test a program that will ultimately teach students about the subject in every grade from kindergarten through high school.

Many experts believe the effort will make Mississippi the first state to mandate civil rights instruction for all K-12 students.

So far, four school systems have asked to be part of a pilot effort to test the curriculum in high schools. In September, the Mississippi Department of Education will name the systems that have been approved for the pilot. By the 2010-2011 school year, the program should be in place at all grade levels as part of social studies courses.

Advocacy groups such as the William Winter Institute for Racial Reconciliation and Washington-based Teaching for Change are preparing to train Mississippi teachers to tell the “untold story” of the civil rights struggle to the nearly half million students in the state’s public schools.

“Now more than ever we are engaged in national debates about race and so much of those debates are impoverished in their understanding of history,” said Susan Glissen of the Winter Institute. “We want to emphasize the grassroots nature of civil rights and the institution of racism.”

…Education officials looked to other states for a model but couldn’t find one that included anything as comprehensive as what Mississippi has in mind, said Chauncey Spears, who works in the curriculum and instruction office of Mississippi’s education agency.

The Education Commission of the States didn’t know of any other state with a such a program, although it does not specifically track social studies curriculum.

Some states, including Alabama, Georgia and Arkansas, have placed an emphasis on civil rights instruction. New Jersey created an Amistad Commission to ensure the history of slavery is taught in schools. Pennsylvania’s Philadelphia school district requires students to complete an African-American history course before graduation.

“We’re behind time. Students don’t know about what Blacks did. They’re not taught anything about culture, about our history,” said Ollye Shirley, a member of the commission created to research the Mississippi curriculum and a former Jackson Public School board member. 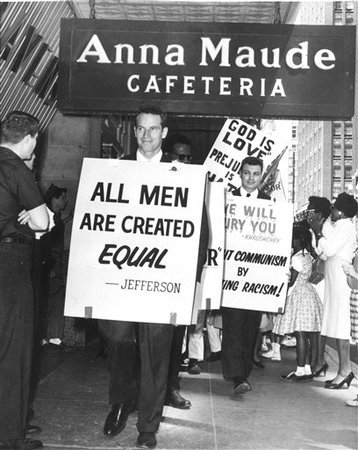 “The traditional version would be that it started in 1954, thereby leaving out the fact that a lot of groundwork had to be done before that,” Menkart said.

I really missed the boat on this one.  A few days ago my mom emailed me a link to some old Life magazine photos taken immediately after Dr. Martin Luther King Jr.’s assassination, but I was working out of town and not paying attention.

The Plane That Would Take Dr. King’s Remains to Montgomery
An airplane dispatched by the U.S. government to retrieve Dr. King’s body and return it to Montgomery, Alabama, waits on the tarmac in Memphis. “Here we were, two White guys in the Deep South right after the murder of the preeminent leader of the black community, and we’re taking pictures. Voyeurs, in a sense. We were apprehensive about it. But when we got there, there were no big problems for us.”
Photo: Henry Groskinsky/Time & Life Pictures
Apr 04, 1968
http://www.life.com/image/first/in-gallery/24651