I am so f’in excited about this that I can’t even organize my thoughts. But I’m gonna try.  So yesterday, just like the first time I voted for Obama, I ran to the school where I vote to mark my ballot for… 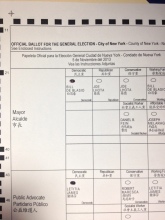 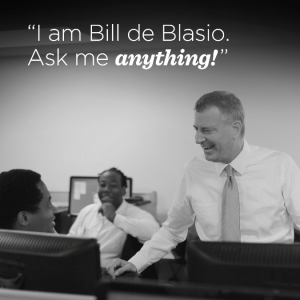 Now, I must admit that though I do like what little I know of his politics and am not shy about my democratic tendencies, I was really voting for…

For the guy who prompted a good friend of mine to text, “Are those his kids!?” as de Blasio delivered his sagacious acceptance speech standing amidst his family.

I voted for the man who once made the bold choice to give up some of his white privilege to live the life he wanted with the woman he loved.  For the guy with kids that remind me of me.  For the family that looks like mine did once. 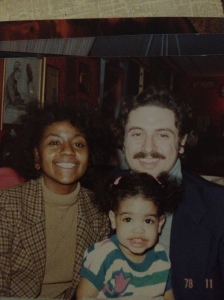 I voted for a future where people have learned to see this: 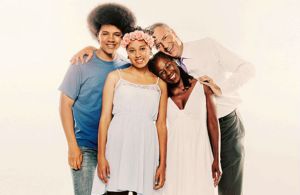 and think “family.”  A friend of mine once wrote in a wonderful novel*, “What a family is should shouldn’t be so hard to see.  It should be the one thing people know just by looking at you.”  That is Truth. But for some of us it hasn’t been the truth of our experience.  And that doesn’t feel so good.

Now…maybe, soon… people will see this 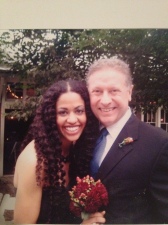 and think Father/Daughter, and not Age “Inappropriate” Interracial Couple?

I voted for the future I always wanted to be my present.  I left that school and I skipped up the block.  Just for, like, 17 seconds cuz I am 37 years old after all, but I just couldn’t contain the joy! I couldn’t have predicted that feeling either.  I think that even though we have the Obamas, it’s not quite the same and I figured it wouldn’t get any better than that.  It just did!   Thank you de Blasio Family and thank you New York City!  xo-Tiff

*The Girl Who Fell From the Sky by Heidi W. Durrow

P.S. Here’s a fun, and totally non-political, article.  I love what Chiara says about seeing what other people have to go through.  She acknowledges her white privilege.  Yeah, we get a fraction of that too.

The newly elected NYC mayor’s teens are just about the coolest kids in politics — and their edgy fashion senses, trendy hairstyles, and enthusiastic participation in their dad’s campaign are just the beginning. Here’s what you need to know about Chiara and Dante!

Chiara de Blasio, 18, and Dante de Blasio, 16 are such stylish young adults that they nearly stole the spotlight away from their dad, Bill de Blasio, who was elected the new mayor of New York City on Nov. 4. Learn more about the new first kids of NYC!

1. Chiara and Dante are really smart! Dante is a high school junior at Brooklyn Tech, which one of the city’s elite public high schools. Chiara, is a sophomore in college at a private liberal arts school in northern California. She plans to major in environmental studies.

2. Dante’s afro is so cool that absolutely everyone is noticing! President Barack Obama even mentioned it at a Democratic Party Fundraiser in New York in Sept. 2013. He “has the same hairdo as I had in 1978,” Obama told the crowd before complimenting his look. “Although I have to confess my Afro was never that good. It was a little imbalanced.” Chiara loves switching up her own style, from sporting floral crown hair accessories to trying out dreads.

3. Dante was featured in his dad’s campaign ads, and his videos quickly went viral. Chiara also expressed that she loved being part of her dad’s campaign process. “I like understanding what’s going on better. In every way I think that I’m lucky to live the life that I live,” Chiara told NY Mag. ”I don’t have a lot of the problems that other people have. It’s very important for me to see what other people go through.

4. Chiara’s fashion sense is completely new for a first daughter of New York City. She has ear gauges, an eyebrow piercing, and a nose piercing.

5. Chiara has publicly said that her dad is not “some boring white guy,” and that his cultural awareness comes from his global projects and his own multi-cultural family! Chiara and Dante’s dad, Bill comes from German and Italian American backgrounds and their mom, Chirlane McCray is African American. “A lot of people could look at him and just see the color of his skin, but it’s so much deeper than that,” Chiara told NY Mag.

Such an innocent act.  A simple family photo.  I’m so disappointed that anyone even thought to turn this into a “scandal.”  In my opinion, a white man who has a “black” family very likely does “get it” more than one who has not or would not cross that line.  He’s become black by association to a degree, and even if he doesn’t fully understand the experience and the struggles, I’m pretty sure that he cares a lot.  For it affects him.  It affects everyone, but chances are de Blasio cannot and will not ignore it.

The New York Post claims that Bill de Blasio’s use of photographs of his interracial family in his campaign mailings for the public advocate’s job amounts to pandering to black voters. Frankly, I was delighted to see the photographs of the Brooklyn City Councilman’s family.

With his wife, Chirlane, an attractive, dark-skinned black woman who wears her hair in natural braids, and his children, Dante and Chiara, who are clearly biracial, the de Blasios are the picture of an attractive and apparently happy family. Leave it to the Post to lend credence to claims by City Councilman Charles Barron that the photographs are designed to pander to black voters, and that they were mailed only to voters in predominantly black sections of the city, while voters in predominantly white areas received mailings with no photos or photos of the candidate only.

The Post story is a shoddy piece of reporting which quotes only Barron and two anonymous sources who reportedly claim that black women are complaining about the campaign flier in which Chirlane de Blasio says of her husband “He gets it,” because it suggests that de Blasio understands black residents’ concerns simply because he’s married to a black woman.

…It’s customary for politicians to run ads featuring their families. So why shouldn’t de Blasio feature his? They’re certainly attractive, and if the fact that they’re black and bi-racial wins him points in the black community and any other community in the city, so what? When I was a columnist for Newsday I interviewed de Blasio on several occasions, without knowing the race of his wife and children. When I saw the campaign photos, I was frankly delighted. His wife looks adorable, his children attractive, and aware as I am of the dearth of suitable mates for black women in this country, I’m always thrilled to run across a successful man who’s attracted to black women. Since most of the five candidates for the public advocate’s job are more or less qualified for the job, I have to admit this fact makes me think more favorably of de Blasio’s candidacy. 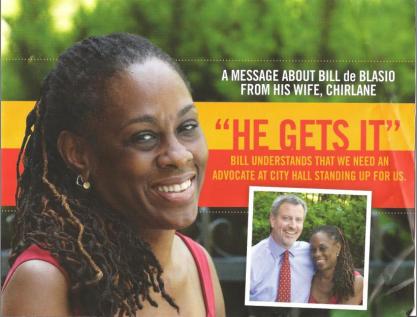