…to the “race doesn’t matter” mantra.  It seems to be relevant when physical health is the issue.  Actually, mental health as well, but that’s a different story.  Anywho, I’m happy to read of this research and find it interesting that supremacists are happy to hear of it too.

SAN FRANCISCO (KGO) — New research out of UCSF shows that tracking a patient’s genetic ancestry can improve the diagnosis of asthma and other lung diseases. The results could have broader implications for other diseases that also rely on standard benchmarks such as race, gender and age.

Doctor’s office visits are the norm for 9-year-old Shamatay Hayes. She was diagnosed with asthma at age 2, something she and her mom have struggled to keep under control.

“It is challenging,” her mother says.

At San Francisco General Hospital and at asthma clinic across the country, Shamatay’s lung function is tracked using standard benchmarks such as age, gender and race. But, researchers say there is now a better way.

“So, what we can now do with modern techniques is estimate what a person’s ancestry is or what their heritage is using a series of genetic markers,” says UCSF researcher Dr. Melinda Aldrich.

The genetic markers more accurately determine lung function rather than a patient’s self-identification as simply white, black or Hispanic.

Burchard is director of UCSF’s Center for Genes, Environment and Health, and senior author of a paper just published in the New England Journal of Medicine.

“We said forget what you think you are, what people think you are, and we looked at your genetic ancestry. We were able to reclassify patients more accurately than just using self-identified criteria,” explains.

That is increasingly important because race is used to establish normal reference values for everything from diagnosing disease to establishing disability payments. For instance, a mixed-race firefighter who suffers smoke inhalation might not meet the standards for disability of what is considered normal lung function since that is based on just three racial categories right now.

“What we showed is when you use these race-based standards, you could have as much as a 10 percent error rate depending upon what your true ancestry,” Burchard says.

Burchard believes this research brings us closer to truly-personalized medicine, but he is also aware of the potential controversy.

“We’ve had people contact us who were supremacists that said you know what you’re doing is validating what we believe,” he says.

But, the research actually tells a different story.

“Most of us, all of us in fact, are racially mixed,” he says. “We have a very rich heritage and what we’re doing is acknowledging that mixture and incorporating it into our clinical assessments.”

Scientists believe their results on lung function are just the beginning.

Aldrich says, “Wherever potentially we use race now for making medical decisions, it may have an impact with other diseases.”

This would ultimately make medicine more effective for everyone. The genetic tests used by researchers at UCSF cost about $10 per patient. Scientists see it as a small price to pay for a more accurate assessment of disease, which could lead to more effective treatments for patients.

In First Lady’s Roots, a Complex Path From Slavery

Fraser Robinson III and his wife, Marian, with their children, Craig and Michelle, now the first lady.

WASHINGTON — In 1850, the elderly master of a South Carolinaestate took pen in hand and painstakingly divided up his possessions. Among the spinning wheels, scythes, tablecloths and cattle that he bequeathed to his far-flung heirs was a 6-year-old slave girl valued soon afterward at $475.

In his will, she is described simply as the “negro girl Melvinia.” After his death, she was torn away from the people and places she knew and shipped to Georgia. While she was still a teenager, a white man would father her first-born son under circumstances lost in the passage of time.

In the annals of American slavery, this painful story would be utterly unremarkable, save for one reason: This union, consummated some two years before the Civil War, represents the origins of a family line that would extend from rural Georgia, to Birmingham, Ala., to Chicago and, finally, to the White House.

Melvinia Shields, the enslaved and illiterate young girl, and the unknown white man who impregnated her are the great-great-great-grandparents of Michelle Obama, the first lady.

Viewed by many as a powerful symbol of black advancement, Mrs. Obama grew up with only a vague sense of her ancestry, aides and relatives said. During the presidential campaign, the family learned about one paternal great-great-grandfather, a former slave from South Carolina, but the rest of Mrs. Obama’s roots were a mystery.

Now the more complete map of Mrs. Obama’s ancestors — including the slave mother, white father and their biracial son, Dolphus T. Shields — for the first time fully connects the first African-American first lady to the history of slavery, tracing their five-generation journey from bondage to a front-row seat to the presidency.

The findings — uncovered by Megan Smolenyak, a genealogist, and The New York Times — substantiate what Mrs. Obama has called longstanding family rumors about a white forebear.

While President Obama’s biracial background has drawn considerable attention, his wife’s pedigree, which includes American Indian strands, highlights the complicated history of racial intermingling, sometimes born of violence or coercion, that lingers in the bloodlines of many African-Americans. Mrs. Obama and her family declined to comment for this article, aides said, in part because of the personal nature of the subject.

Q & A with Anne Wojcicki, co-founder of the “personal genetics” company 23andMe.

Q. Have you had any situations where a person finds out they have relatively recent ancestors of a race that they were unaware of? If so, have any reacted badly?

A. We know that quite a few people find surprises about their ancestry through 23andMe’s service. One customer with extensive knowledge of his European paternal ancestry discovered that his maternal line traced to a Native American woman. He tracked down paper records that revealed a “mulatto woman” about seven generations back. Native American ancestry makes some sense given that his ancestry traces to the southern U.S. While he was excited about this new information, his 93-year-old mother was far less positive and remains skeptical! Quite a few African Americans have discovered that their paternal line traces to Europe. Although many African Americans may be aware that they have some European ancestry (the average is about 20 percent), some discover that close to 50 percent of their ancestry traces to Europe, and this can take some getting used to.

Q. As projects like yours and the HapMap uncover numerous instances of genetic differences between human groups or races, what is the responsibility of the genetics community when discussing innate differences between races, particularly when a large part of academia is convinced that there are no such differences?

A. A lot of the difficulty in talking about race has been a lack of agreement on what “race” means. In the past, the idea of pure races also included an ordering of certain races as inherently superior to others. We reject this idea absolutely. However, that doesn’t mean that there are no genetic differences between populations of different ancestral origin. A few of our features use the genome-wide data of reference populations from around the world to trace the origin of pieces of an individual’s genome. Some customers have complex patterns depending on where their ancestors originated. These reference populations aren’t “races”; they’re representative samples of peoples who have lived in a single place for a very long time and have thus accumulated different sets of genetic variants over time. 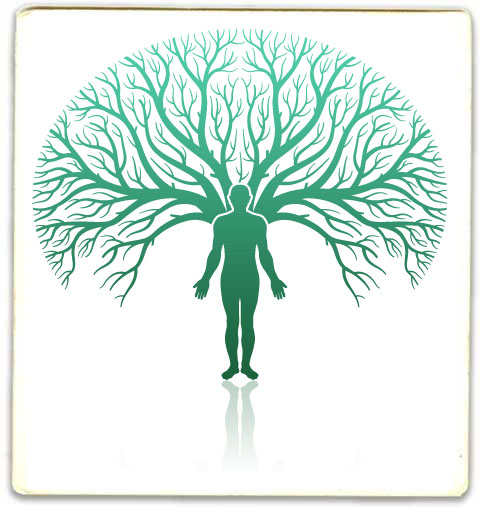