I love surprising intersections of the things I love the most.  Such as Volkswagen and Loving Day.  I’m not sure if I am more passionate about any other subjects.  That may be an exaggeration, but anyway I am super into VW as well as the progression of our society toward a more loving, open way of living.  Without Loving v. Virginia it is likely that there would be no me nor so many others. This is inspiring and undeniable progress for which I am grateful. 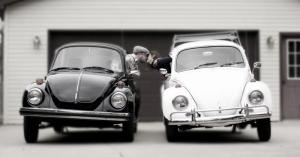 That being said, you can imagine my delight when the Volkswagen ad below hit the circuit just in time for Loving Day- commemoration of the day that the Supreme Court declared interracial marriage to be legal nation wide with their verdict in the Loving vs. Virginia case.  48 years ago.  That was basically yesterday folks.  And though we’ve come a long-ass way in the last 48 years, we still have a long-ass way to go before we’re free from the fears and limitations and separations of race.  And our addiction to perceived otherness.  Can you imagine how lovely things might be if we defaulted to perceived sameness? Le sigh ❤

What we regularly see depicted in the media is often what we subconsciously regard as being normal. It’s hard to deny the influence that television and movies has had on impacting the way that people of color are viewed by society. As inconsequential as it seemed when the popular television series 24 featured a black man as the president, this depiction did undoubtedly condition a segment of the public to the idea that it was not inconceivable that a black man could be the President of the United States.

Although inter-racial dating is widespread, television continues to shy away from featuring this reality. That’s why it’s interesting to see Volkswagens choosing to promote this ad. We will be watching to see if other major advertisers follow suit. As any step to normalize how black families are depicted is a welcomed development. 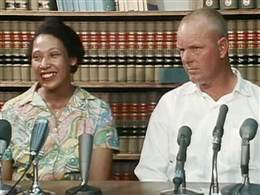