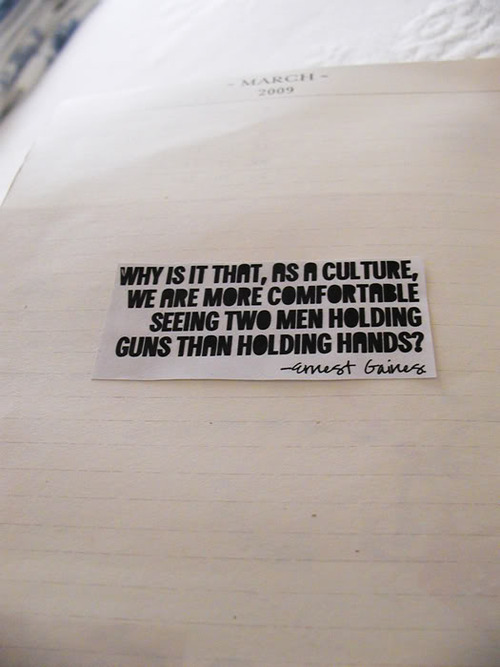 When does a society decide to rectify an obvious longstanding injustice? The U.S. has a long history of allowing states to legislate unconstitutional laws such as miscegenation, segregation, slavery, women’s rights, reproductive rights, and LBGT equality based on an imposed religious morality.

Women’s rights opponents argued that women should’t be allowed to vote as they are mentally deficient, weak and neurotic by nature. It was argued that freeing the slaves was a disastrous concept and would lead to society’s downfall.

Some religious people believe that homosexuality is a choice or mental illness, advocating faith-based healing or sexual aversion therapies including electroshock or the administration of a corrective rape. No credible evidence shows these treatments to be effective. Rather, they end with suicide or-even worse-the subjects being expelled from their social groups. Am I mistaken assuming sexuality is innate?

The fact is this occurs in nature. Of the approximate 1,500 animal species we have extensively studied, nearly 450 exhibit homosexual behavior, engaging in same-sex relationships.

The belief that same-sex households lead to dangerous environments for children is absurd, since convicted drug dealers, neo-nazis, murders, rapists and convicted pedophiles are allowed to marry and raise children. Who poses a danger?

Coretta Scott King, civil rights leader, and Martin Luther King, Jr.’s widow spoke at Richard Stockton College about gay rights: “Gay and lesbian people have families, and their families should have legal protection. A constitutional amendment banning same-sex marriages is a form of gay bashing, and it would do nothing at all to protect traditional marriages.” This is of the most respected and active people in the civil and women’s rights movements.

Some feel that gay marriage and homosexuality simply go against the established traditions of America. Is American marriage purely for procreation? What about infertile couples, couples who choose not to have children, and the elderly who have long been allowed to marry and are allowed the full benefits and legal protections of the union? American marriage is about mutual love and commitment, not primarily about procreation.

How can such a great society tolerate such a liberal definition of freedom of speech while limiting its definition of equality? Do we really want a society that enables Liberty to rob Justice blind? 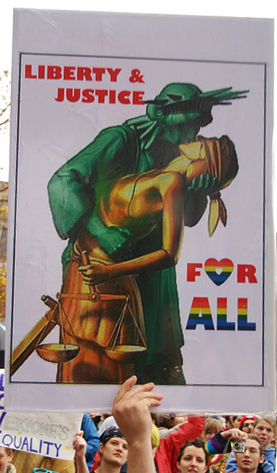