These gender stereotypes, body image issues, and the general superficiality of our culture are even found in our cartoons.  Found in our fairy tales.  They hit us with this stuff right away.  The race stuff too (I’m guessing these charts were created pre-Princess Tiana).  It’s no wonder we’re so far off our center. 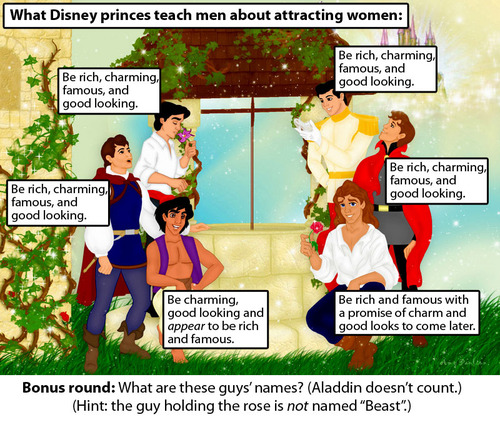