Savannah Tribune, October 7, 1911. Seems like the phenomenon of albinism was not as widely understood as one might think circa 1911. 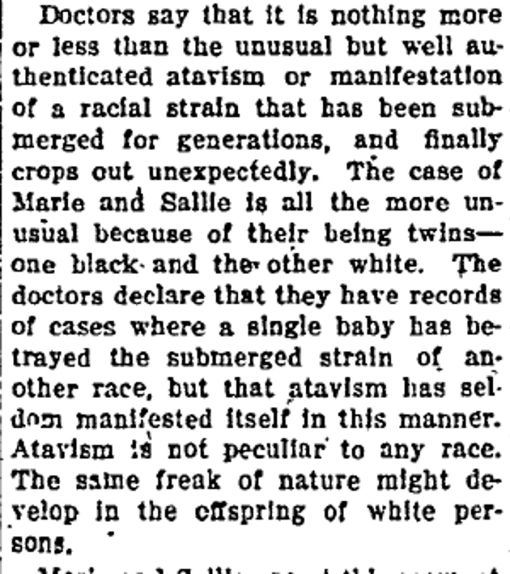 I assume that said “recreation pier” was a place of cheap amusement–a midway of some sort. Nobody wasted any time capitalizing on the cash value of these infants. The bit about race supremacy being the crux of their antagonism certainly is nuts. It’s like baby Sallie is getting an exemption from the one-drop rule. 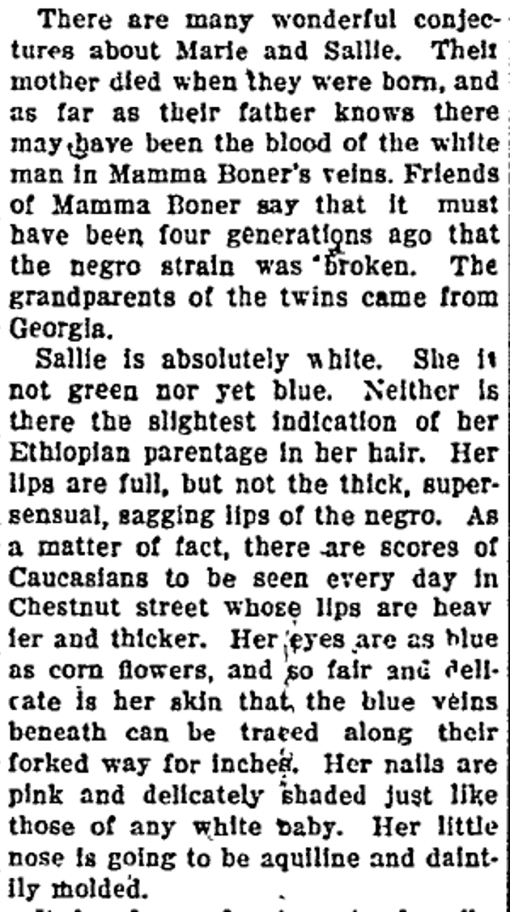 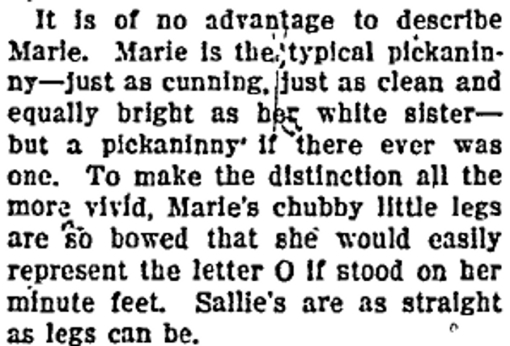 Gee, that’s arguably kinda racist. Though it’s mighty white on the part of the reporter to allow that baby Marie is “just as clean and equally bright as her sister.” I bet she grew up to be “articulate.” 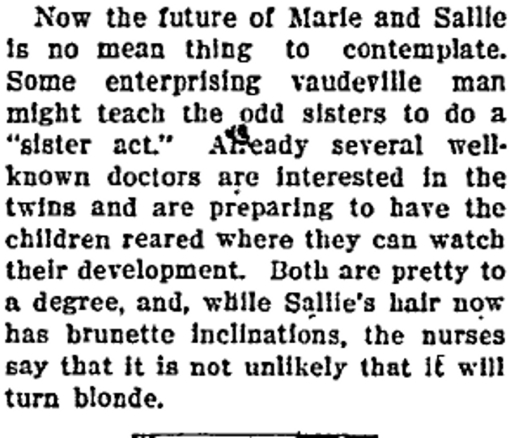 I wonder what happened to these kids.

reblogged from The Hope Chest